Home > CCR № 2 (117) 2017 > Is it possible to depart from the Constitution in the name of its protection? Review of the Venice Commission opinion on the state of emergency in Turkey (December 2016)

Is it possible to depart from the Constitution in the name of its protection? Review of the Venice Commission opinion on the state of emergency in Turkey (December 2016) 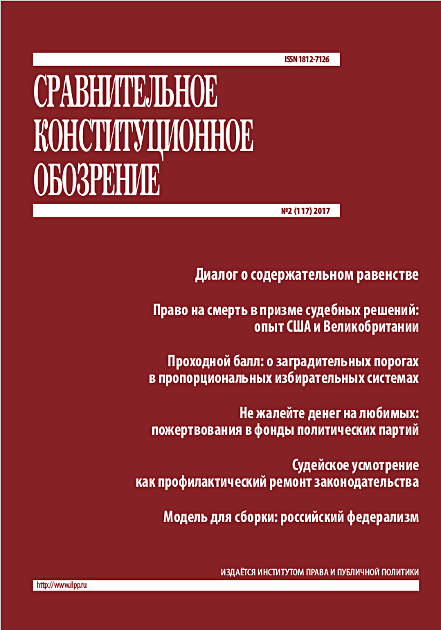 In December 2016 the Venice Commission of the Council of Europe adopted an opinion on the emergency regime in Turkey, declared by Turkish Parliament in July 2016. The opinion examines to what extent extraordinary powers of the Government are limited by the Constitution and constitutional laws. The Commission condemned the coup, but made several critical observations about the manner in which the Government used their extraordinary powers received from Parliament following the declaration of the state of emergency. Most importantly, the Commission insisted that the Government should use extraordinary powers only for addressing those issues which are connected to the emergency. There is a risk of permanentisation of legal mechanisms and tools which have been introduced during the state of emergency. Structural legislative reforms should be implemented through a normal democratic procedure. It is equally important to ensure effective – and that means timely – control of the Government’s actions by Parliament and the Constitutional Court. Unfortunately, that has not been done. The Commission acknowledged that, following the coup, it has been reasonable to remove sympathisers of the putschists from the State apparatus. However, to do so the Government opted for a method of mass indiscriminate cleansings. Tens of thousands of public servants have been dismissed directly by the emergency decree laws without any individualised consideration of their cases, on the sole basis of a very vague criteria of “connections to the terrorist organisations”, no other specific reasons being given. The Commission strongly objected to the practice of such ad homines legislation, and criticised Turkish authorities for mass dismissal of public servants without individualised decisions, and for the Government’s failure to respect even the most basic guarantees of due process. To remedy this situation the Commission recommended creation of an ad hoc quasi-judicial body, in order to ensure individualised treatment of cases of those affected by the emergency decree laws.