Political philosophy of M.Gorbachev and the prospects for a new world order 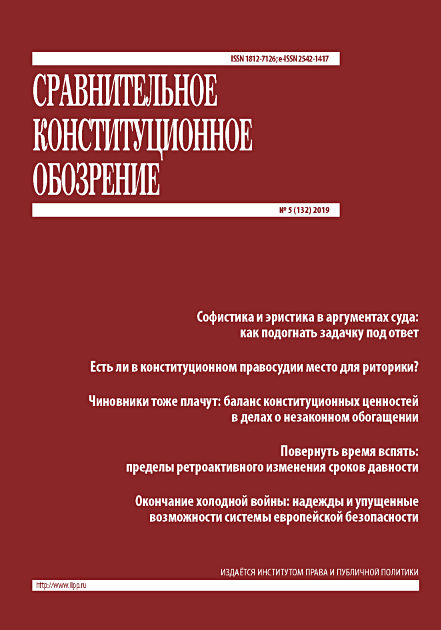 The current debate about the prospects of the new global legal order reveals the importance of the political philosophy of international relations, international law and changing institutional constructions of the global governance. The formation of transnational norms and institutions is a very controversial process with regards to such issues as the concept of global and European security; conflicts between values and interests; international and national priorities; the role of trust in international affairs and competing strategies of political elites and leaders in a changing world. The new book of the former Soviet President Mikhail Gorbachev combines all these topics in one by describing the historical origins of the current international debates, grounds of the modern international destabilization after the end of the Cold War and the collapse of the Soviet Union, and by formulating some recommendations in order to overcome the current “global turmoil”. Based on the various official sources of information and on the rich personal memories of the author the book provides a useful framework for the reconsideration of various significant events (as, for example, the American-Russian nuclear disarmament dialog, the reunification of Germany, the creation of European Union, the process of the disintegration of the Soviet Union, plans for the European security treaty negotiations, and many others). This book provides an inclusive and authoritative account of the phenomenon of the new global political order in formation, and the role of Russia in its configuration. The article traces the different attitudes to these issues, showing the critical importance of the contested narratives and evaluations of the historical priorities, competitive models of international legal order and prospects for its transformation in the future. The main conclusion is that in spite of Gorbachev’s failure as a political leader his role as political philosopher and moral leader should be appreciated, as well as his concept of the general European security in the context of the universal global transformation.