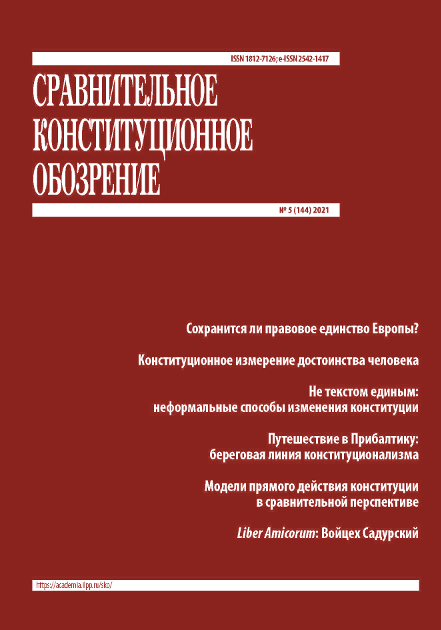 THE FUTURE OF EUROPE: A POLITICAL DISCUSSION OF PROSPECTS OF THE EUROPEAN UNION INTEGRATION PROJECT

The European integration project as designed by its founders seventy years ago is experiencing difficulties in the current conditions of globalization, confronting challenges which were unpredictable beforehand. Many of these are of crucial character for the European Union, putting in question its constitutional organization, institutional structure, and political sustainability in the international balance of power. The list of most important issues includes ones like the yet incomplete character of the Union’s legal construction, which is balanced between supranational and national forms of regulation; the erosion of legitimacy of European institutions; the growing democracy deficits in transnational and national governance; the decline of solidarity in inter-governmental relations; and the falling level of accountability and decision-making mechanisms in Europe. The very natural response to these problems was a Pan-European discussion, stimulated by European elites after Brexit, on the future of the European project in order to frame existing opinions, provide a fresh start to “the European dream”, and possibly find appropriate solutions to legitimacy problems. An analysis of this ongoing discussion is the main subject of this article. This analysis involves such key issues as the future role of the EU founding agreements, as to keeping them or amending them in order to reconstruct the European constitutional settlement. It demonstrates the complex nature of the basic communitarian concept, in view of its various interpretations by different ideological trends such as cosmopolitism and confederation and federation movements. It explores the current agenda of institutional reforms involving parliamentarian and presidential strategies and reviews proposed solutions of the European leadership problem. The conclusion of the article makes it clear that the European Union is confronted today with the most dramatic challenge in its entire history. It consists in the necessity of making a decisive choice between two polar options – to preserve an amorphous conglomerate of states or to establish a new federal state. This must be done in a rather short period in order to avoid falling apart and to become a full-fledged and independent global political player.

CONSTITUTION-TRANSFORMING INFORMAL METHODS OF CHANGING THE CONSTITUTION OF THE RUSSIAN FEDERATION: BETWEEN VALIDITY AND CONSTITUTIONALITY

DIRECT EFFECT OF THE CONSTITUTION: SPECIFIC FEATURES OF THE RUSSIAN MODEL FROM A COMPARATIVE PERSPECTIVE

FORMS OF GOVERNMENT AND PARTY SYSTEMS IN LATVIA, LITHUANIA AND ESTONIA: 30 YEARS OF INDEPENDENCE

This article focuses on the peculiarities of government forms in Baltic states that were once part of the USSR: Latvia, Lithuania and Estonia. The constitutional and legal bases of relations between presidents and their parliaments and governments are considered in detail, and the author makes a comparative analysis of institutions operating in these states. This article also examines the grounds for the resignation of governments, their heads, and individual ministers, as well as discussing the features of the party and electoral systems of these Baltic States. These systems’ functions face several problems, and forms of government like semi-presidential and parliamentary republics are shown to lack effectiveness across the Baltic States. It is important to note the instability of these governments, which changed every two and a half years on average, although this did not affect the countries’ economies. The presidents of these republics performed political mediation effectively and ensured a constant dialogue with political forces. Since national governments were formed on a non-coalition basis in all three States, an extensive practice of inter-party agreements and alliances began. This created a new type of political culture, where prejudice towards the Russian communities of the states in Latvia and Estonia was prevalent, and this issue is addressed in the article.

THE FATE OF A SCHOLAR AT THE CORE OF CONSTITUTIONALISM

The article is a detailed review of a collective monograph published in honor of W.Sadurski, a prominent Australian legal scholar of Polish origin. It illuminates the most important problems of concern today to the international legal community. In particular, it is about the coming to power in a number of EU countries of right-wing populists who demonstratively disregard liberal values and tolerant rhetoric; the problems of the EU’s existence within its current borders, aggravated after the UK’s secession from the Union; and the phenomenon of “illiberal democracy” as one of the most dangerous challenges facing the constitutional development of the countries of Central and Eastern Europe, especially Hungary and Poland. Special attention is paid to democratic backsliding, seen in the steady decline in rankings of post-socialist countries in various ratings of democratic accountability. The paper draws a conclusion about the general crisis that democratic statehood is experiencing on the European continent today and which is perhaps the most serious since the late 1930s. Also addressed is the broader use of various forms of direct democracy, beginning with nationwide and local referendums and ending with various types of plebiscites on confidence. A relatively new form of popular governance has been introduced by deliberative (consultative) democracy, for example in the case of Ireland’s Citizens’ Assembly, which is chosen by random selection and as vox populi gives parliamentary committees recommendations on the most acute and divisive social problems. The volume also illuminates rightist governments’ social-economic policies repudiating the 1990s’ widely accepted concept of the market’s invisible hand and relying on direct payments to the population (as in Poland’s “500+” program, Covid payments, and so on). The Polish case is separately examined, particularly in the context of the so-called “war” with the Constitutional tribunal.